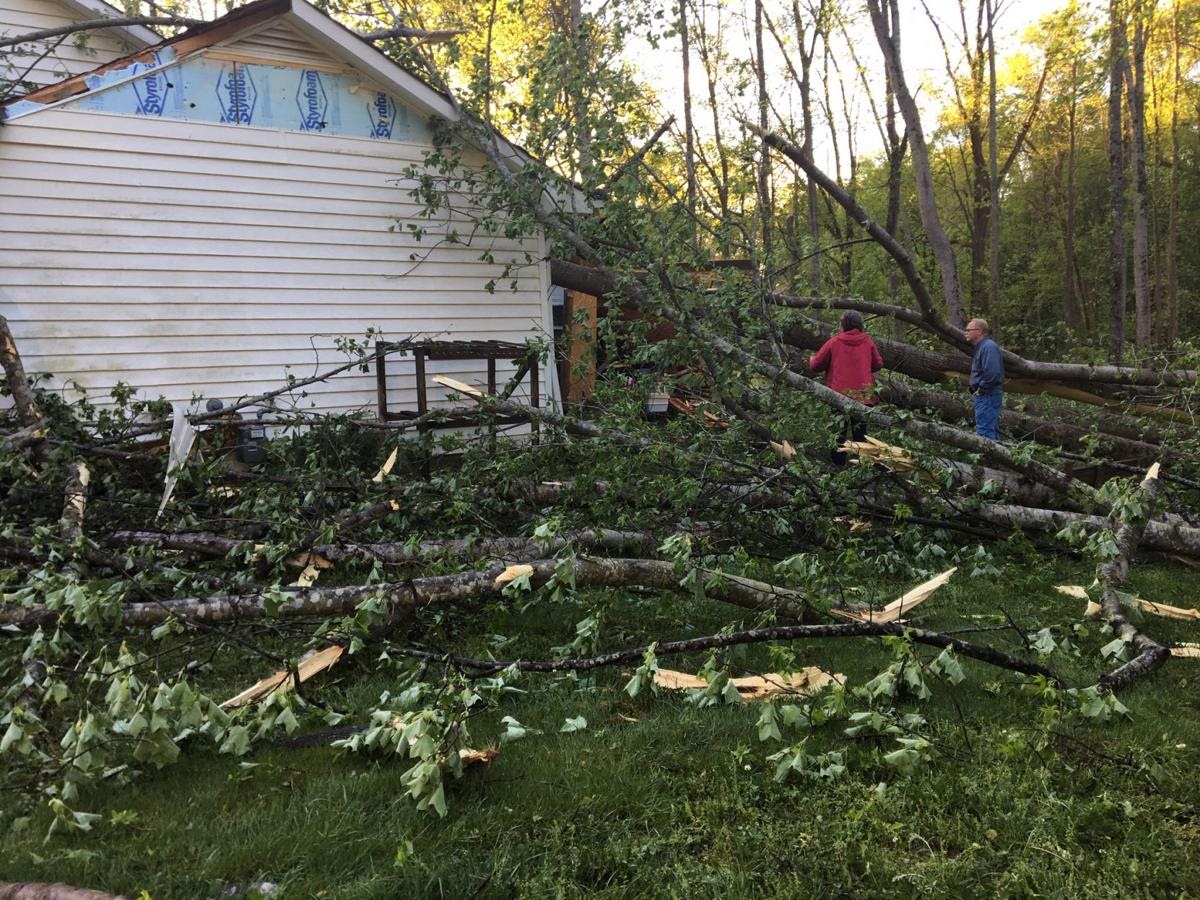 Roof damage following heavy thunderstorms, tornadoes or high winds can be extensive and expensive.   Wanting to get everything “back to normal” as soon as possible is understandable.   However, you need to be careful about letting your emotions get ahead of you and just grabbing the first company that lands your doorstep following a storm.  Beware of storm chasing roofers and contractors showing up on your door unsolicited following a storm.

Storm-chasers are contractors who travel from town to town, storm to storm trying to get as many jobs in one localized area as possible at the lowest cost before moving on to the next storm-damaged town, or community.   Many of them are not professional roofers and ask for payment before the work is performed.  They typically show up in a neighborhood that’s been hit hard by a storm in vehicles with out of state tags.   Many of these companies solicit work with high-pressure sales pitches and often promise things that are just too good to be true.  One of their biggest tactics is to be the first company on your roof to provide temporary tarps or cover forcing you to prematurely commit to their company for the larger body of work out of a sense of obligation because they were there when you needed them right after the storm.  These contractors prey on the emotions of people who are in a vulnerable state following damage to their home and want it fixed now!

Many storm-chasers are not licensed to do the work in your state, or city.  Others don’t carry insurance or only the bare minimum which could put you in a risky liability situation.   They work by getting as many jobs under contract in a localized area often employing inexperienced and cheap labor.   Working in a concentrated area saves them time by having materials, trucks, and supplies in one location since their offices are not local.  The more jobs they get together, the more money they can save while making revenue off multiple homes.  The most important thing to remember is that you should never make a commitment verbal, or in writing with a contractor until you have vetted several companies, received multiple quotes and talked with your insurance agent.

The storm chasing roofing epidemic has become so prevalent that the Better Business Bureau has posted guidelines for consumers regarding storm-chasers.

A reputable, licensed, local roofing company will not come to your home unsolicited following a storm.  They don’t “get out of town” when the job is done, they stay because like you, they live and work in the same community.   This is one of the biggest reasons to contract a local roofing company.  They will be accessible for questions and warranty work after the job is completed.   Reputable roofing companies can provide multiple local referrals, proof of their license both state and local, workman’s comp, liability insurance coverage, and total accountability in proof of their training and work history that qualifies them to be legitimate roofing contractors.  Storm-chasers like to avoid these accountability markers.

In 2016 an 18-mile tornado touched down through Simpsonville, SC per the National Weather Service.  Within three hours of the storm, damaged neighborhoods were plagued with out of state “roofing” companies going door to door soliciting work.  Many promised potential customers that their neighbors had decided to go with them when they hadn’t committed to any company.

Others fearing more water damage contracted the companies to cover their roofs in tarps only to discover they were in for a major battle on the damage repair and reconstruction they hadn’t agreed to because they were still waiting on insurance adjusters and had simply gotten approval to tarp their roofs.

In one specific community neighbors got together following the storm and as they started picking up and surveyed the damage they began to share their notes about the “on the spot” contractors all sharing similar high-pressure techniques and sketchy business practices.

At Gilstrap Roofing we have been serving the Upstate longer than any other roofing contractor accredited by the Better Business Bureau, spanning four generations.  We live, work and play here so we have a lot at stake when it comes to providing quality roofing with certified crews.